The macOS Beta program is here!

Hey, everyone! I’m so glad to get the new Termina for macOS Beta Program up and running today. There’s a lot that I’ve done since the last update on the blog about it, so let’s get started discussing it. 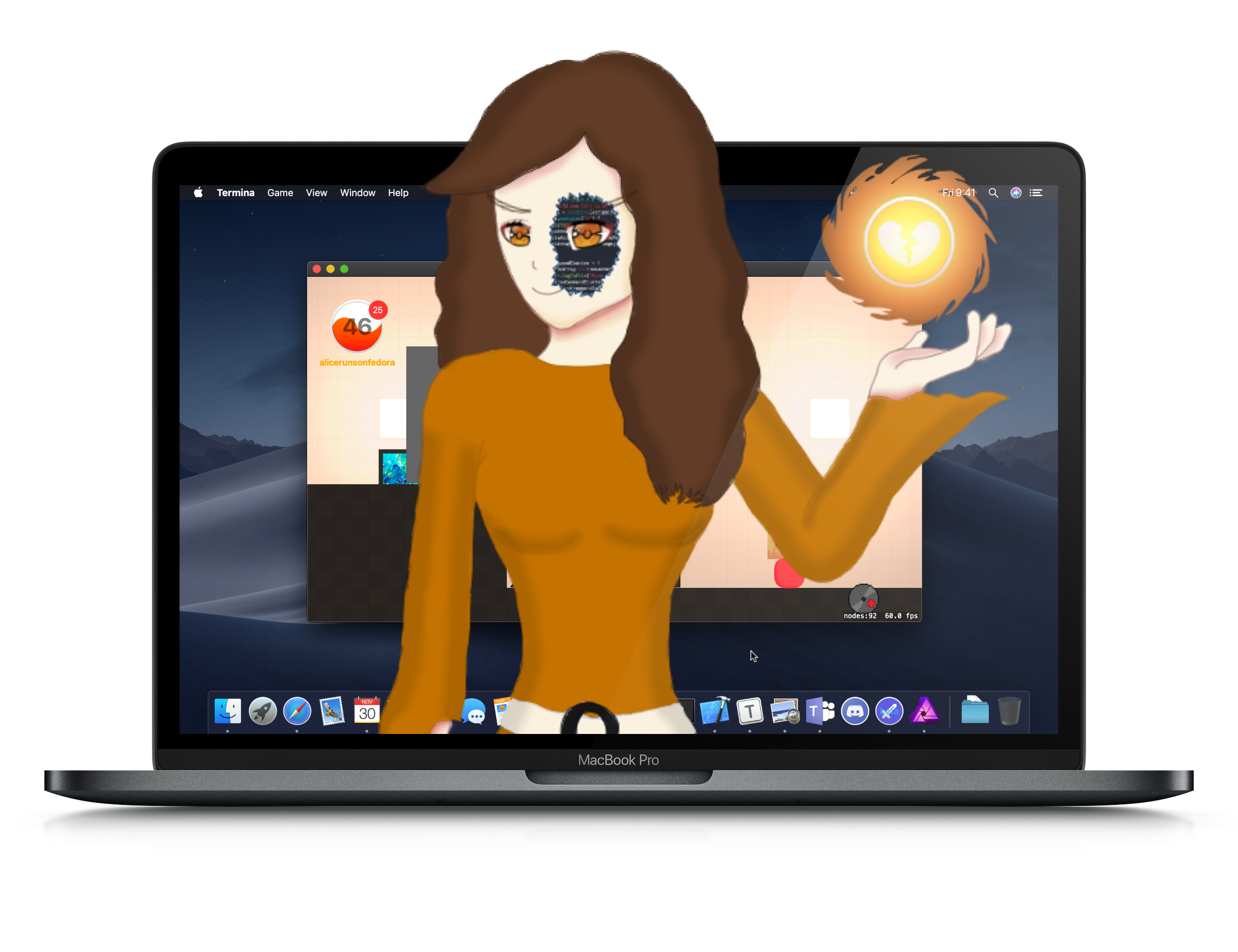 So, about the analytics…

Yes, analytics is still a thing in Termina for macOS Beta; it’ll help me find common problems that I’m testing for and figure out how it works on other devices. But, I understand if you still feel a bit wary about sending that data to AppCenter, don’t fret. With the first beta, I’ve added a checkbox in the Beta Program settings where you can turn it off. 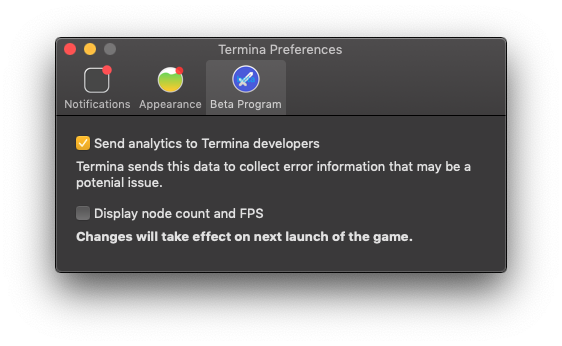 So, by all means, if you are concerned about the data being sent at all, disable it. 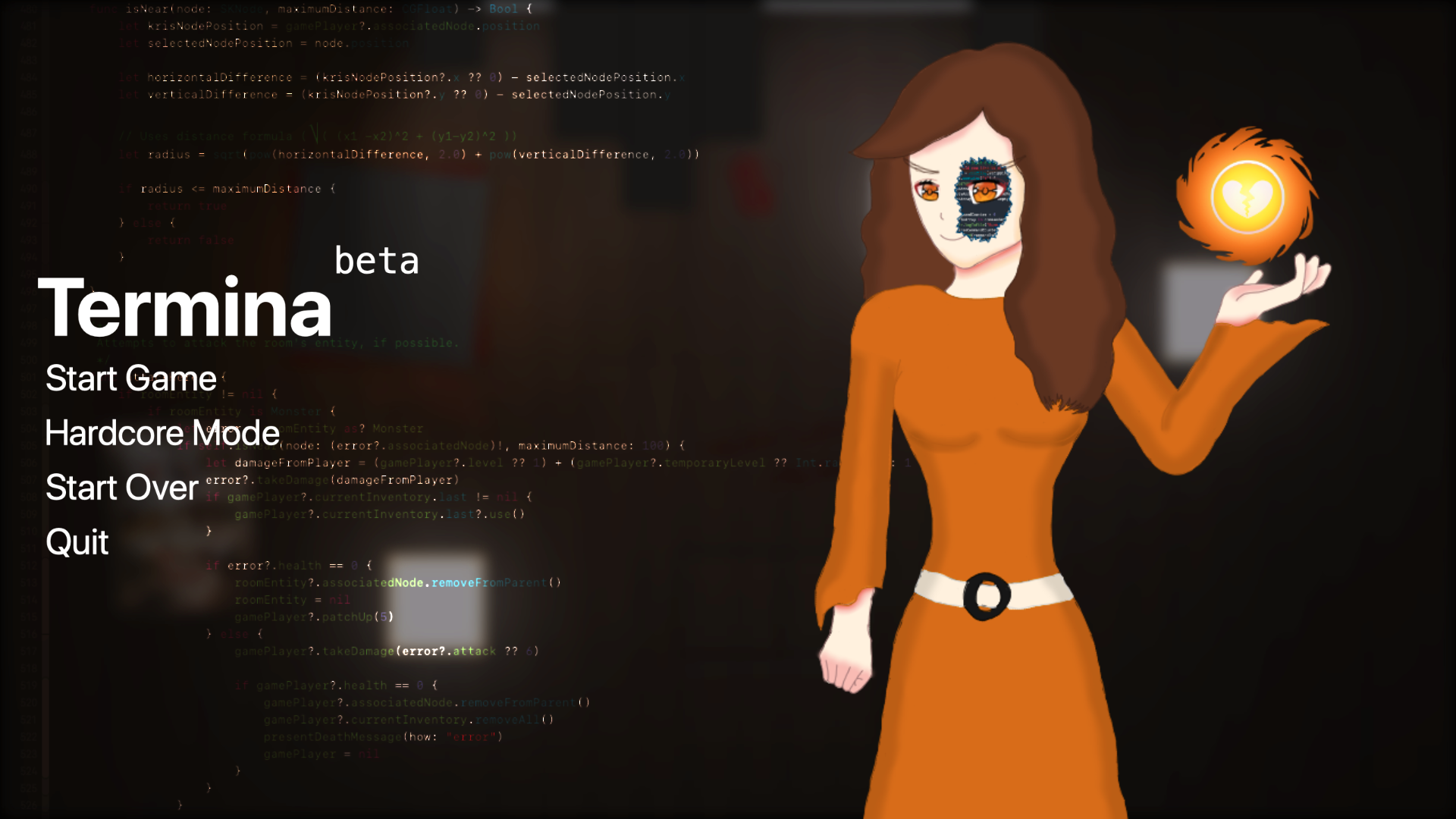 Well, I guess you could technically say that it really isn’t new. However, the main menu has replaced our beloved Termina octocat with a conceptual version of her human counterpart (took ~4 hours to draw). I made this change because the octocat version is intended to be used for GitHub-related things, which the game itself isn’t. This distinction is made more clear in the new Press Kit.

A lot of the funcationality from the base version of the game (with the exception to NPCs and Termina’s boss battle) works in this version. This includes weapon usage, healing and upgrading potions, pacification, and attacking. A lot of it is, thankfully, now distance-based, which is typical for most platformers. I’ve done my best to provide a clean, smooth experience for it.

Oh, and there’s a press kit

For those that are interested in talking about Termina on their site, video, etc., I’ve compiled a basic press kit that contains basic information, platforms, sprites, logos, etc. Initially, I had no plans to do so; however, because I am debuting this game and the public beta at Goucher College as part of the Day of the Living event, my team needed me to make a press kit for them. You can also get the images in our Press repository on GitHub! 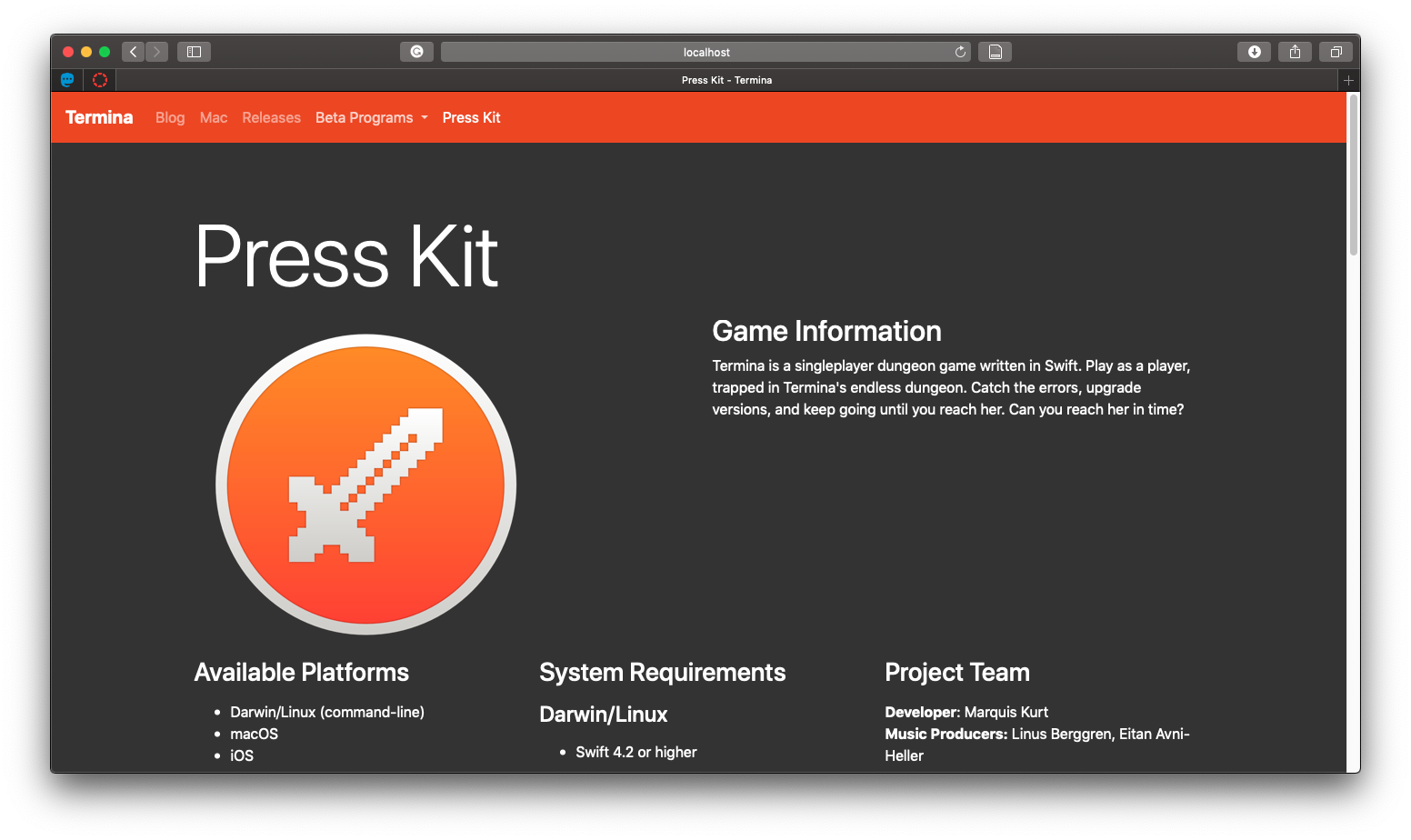 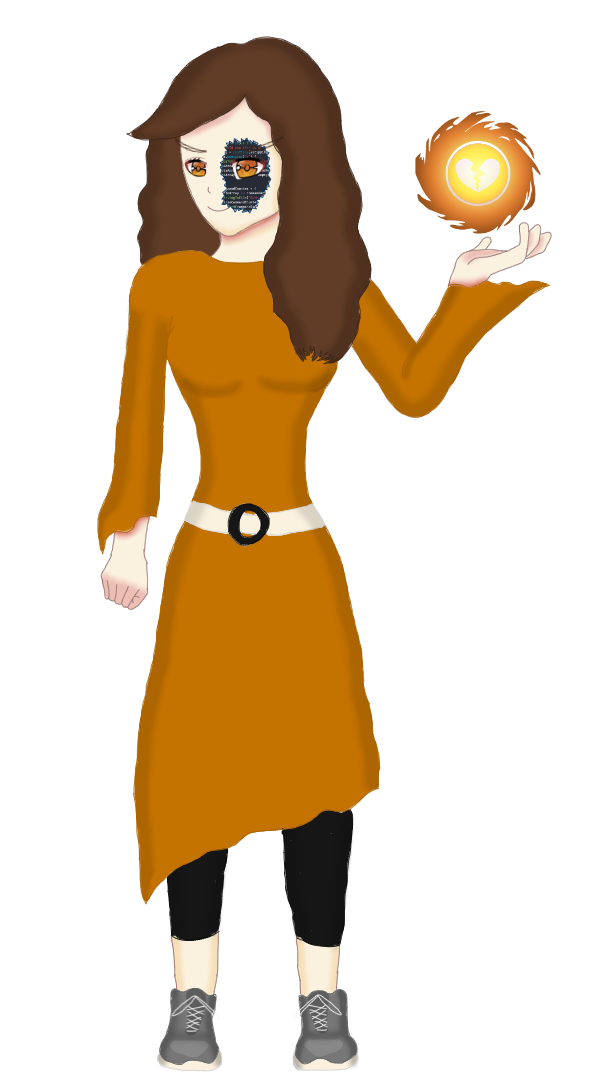 With the beta rolling out, I finally decided to start work on Termina’s human form. Taking inspiration and learning practices from drawing sprites for The Angel Returns, I came up with this sprite here. This isn’t really used a lot, and there’s no “final” version as of right now. However, this is an official representation of Termina as of today, December 5. I recommend that you don’t question her fashion choices, either…

With this in mind, it’s safe to say that I’ve run out of things to add here. Keep your eyes peeled for the next post, and don’t be afraid to try the new beta! I’d love to hear feedback on what could be done.